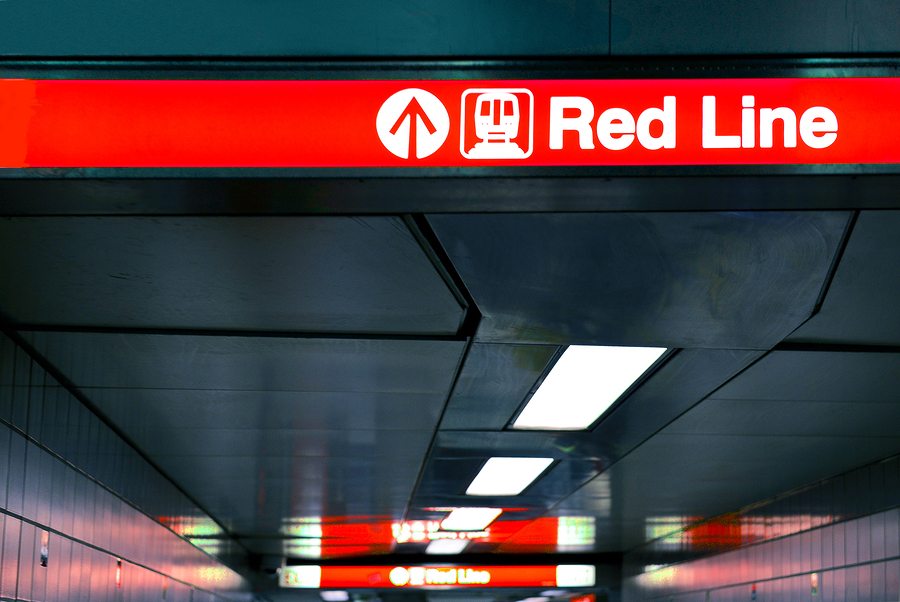 The Best Bars Around the Chicago L: The Red Line

In honor of our epic L Bar Crawl on September 30th, we'd thought we'd highlight some of the best bars around the L lines. If you’re like many of us Chicagoans you’re looking for a good night out on the town, but you’re looking for a way to get around at the same time. Driving is out of the question you tell yourself. And an Uber/Lyft can be expensive, not to mention a hassle. No one's a fan of handing out 5 bucks for cancellations that weren’t your fault, right?

How about the L?

Ah yes, the L. Cheaper and easier, but you just gotta make it through those damn gates!

Your next question is probably “Where are the best spots around the L to drink at?” Well good thing you’re reading this cause we got you covered. Welcome to our 4 part series of “The Best Bars Around the Chicago L” (creative, I know). We’re going to go over the 5 best bars around the various stops on the Pink, Red, Blue and Brown L lines. This piece will be about the Red Line. Let's hop on this train and get going! 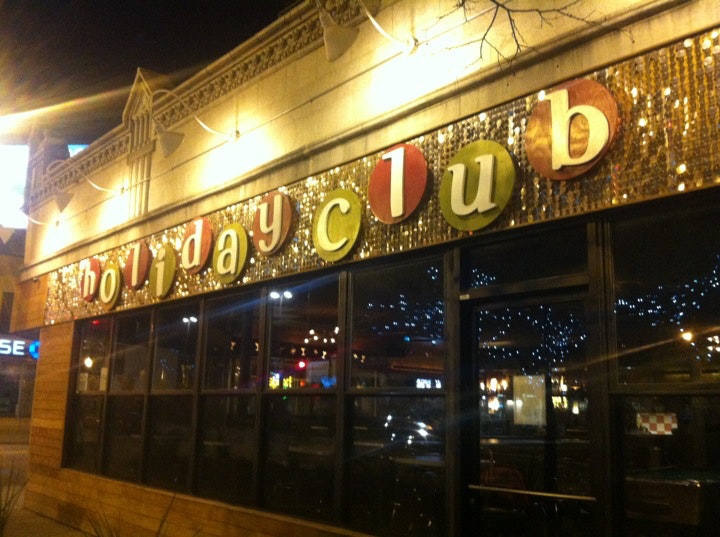 The Holiday Club has been a staple of Uptown for a long time. When a bar is open for over 20 years, you know there’s a reason why. Enter this swanky venue past the glittering awning and step back to a time where the infamous “Rat Pack” use to to let loose. This place is old school and that is its treasure. Vince Vaughn among many other celebrities have been known to party here but don’t let that deter you because the Uptown crowd is friendly and unpretentious.

2 separate spaces have been carved out: a traditional bar area and a dance floor. The bar area has walls lined with pictures of celebrities and memorabilia from a time long gone, cocktail tables alongside a pool table. Have a conversation here and enjoy some out of this world food. Then take a breath and get ready to have a time of your life on the dance floor. Hits from the 80’s and 90’s aren’t uncommon, as is the electric atmosphere. If you love old school - music, decor, ambiance - you’ll fit right in.

On any given night, everyone’s having fun at The Holiday Club either dancing the night away, playing a game of pool, enjoying the scrumptious dinner available until 10 PM or partaking in shenanigans inside the retro 1950’s photo booth. Jump in and say cheese. 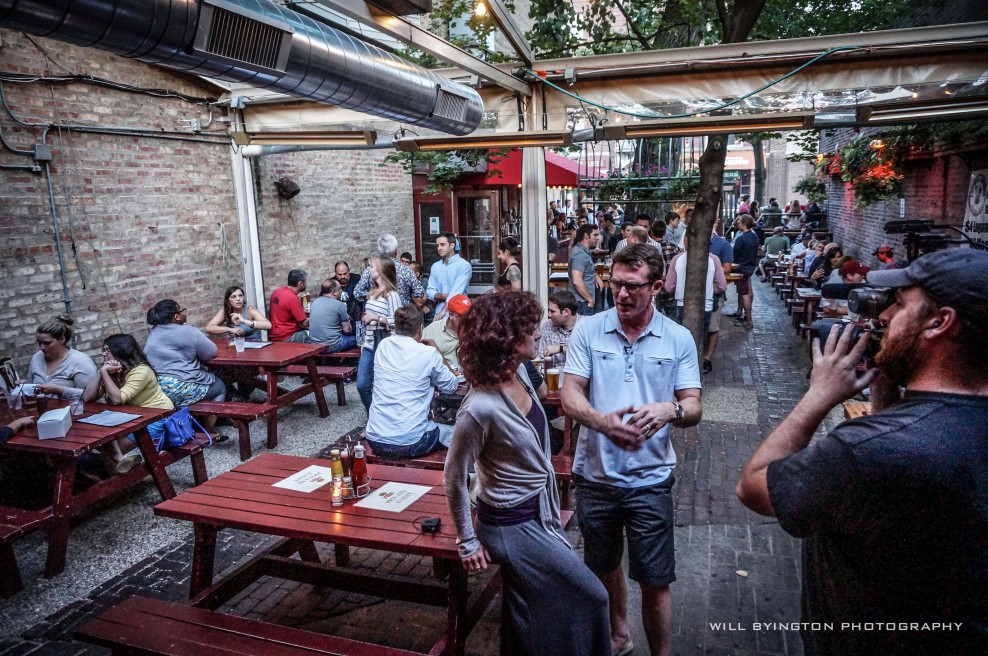 Chicago isn’t known for its barbeque...but Sheffield’s is. This neighborhood bar doubles as a BBQ enthusiasts’ dream and also possibly the best beer garden in Chicago. Located in Chicago’s popular northside neighborhood of Lakeview, Sheffield’s combination of select microbrews and scrumptious smoked BBQ food will have you coming back. Or possibly staying once you take a seat in their sprawling beer garden enjoying a beer with your friends on a summer afternoon.

Don’t get too comfy though, once the sun goes down, this place lights up and starts filling up with people looking to have a great time. BBQ enthusiasts, beer snobs and partygoers are the 3 main type of people you’ll find at Sheffields. The chefs do a great job to really bring Memphis inspired BBQ to Chicago, the beer pro bartenders do their part in getting you up to par on beer basics and well the partiers...they party. Can’t mess that one up too bad, can ya?

So which of the three are you? If you’re all three, welcome to your new home! 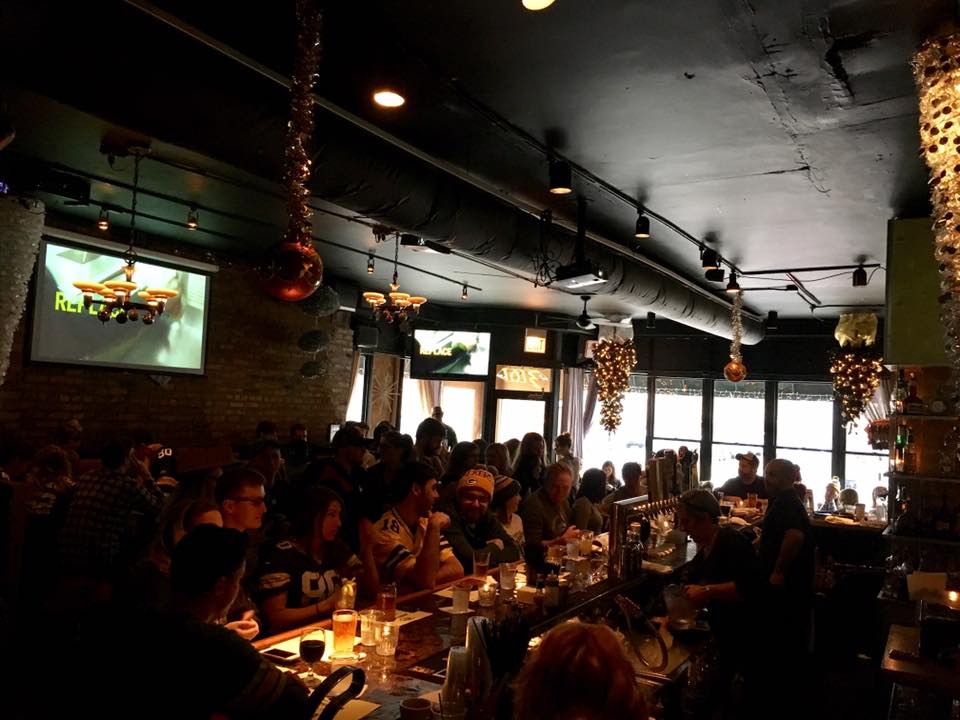 This is the most interesting hidden corner tavern on Sheffield. I almost feel bad letting out the secret that is Matilda. Low key and intimate, this hidden secret will definitely be a new spot you’d want to take a small group or a date out to. Take a seat inside the cozy leather booths and order one of their signature cocktails. The chill hip-hop music at Matilda definitely adds to the vibe, as does the celestial walls on around by the back bar.

And that’s only the upstairs. That’s right, head downstairs to babyATLAS and it’s like you’ve entered a whole different venue. In fact, there’s a dream-like, lit up sunset colored map showing a long wavy line from Matilda to its downstairs counterpart. It looks and feels like a mile of difference. A dance floor, DJ and a party that wraps you in. Don’t be surprised to find yourself joining the party and letting loose.

Enjoy sustenance and ethanol at Matilda and take in the vibes at babyATLAS, just don’t go telling everyone about this hidden gem.

You know why I like dive bars? Because they’re inconspicuous so an average tourist won’t notice, and because it’s simple. A dive bar does its job. No frills, no snootiness, just simple and plain fun. Streeter’s Tavern isn’t just a dive bar though, it’s a GOOD dive bar. I can’t say that about many dive bars, but man, Streeter’s does it right. Games like jenga, pool, pong and foosball. A diverse crowd consisting of students, workers and industry veterans. Underground and out of sight, this is a classic diamond in the rough. And ironically, it’s right by the embodiment of the word “opulence”, the Magnificent Mile.

“The World’s Greatest Underground Bar” lives up to it’s name. Next time you’re near Chicago and Rush, take a look by your feet and see if you can spot the awning welcoming you underground.

Named after underground heroes who provided man’s greatest invention, alcohol, during the Prohibition era, Hopsmith brings you party with a touch of class. The bottom floor is reminiscent of a library: Dark oak wooden shelves, plush leather booths, office study lighting and a fireplace that definitely goes well with Scotch. But drop your books if you’re headed to the second floor. Walk up the stairs past the glass enclosed kegs and catch a football game on Sunday’s with avid sports fans cheering their teams on to win or come on a weekend night and bust a move on the dance floor.

Hopsmith is always hopping with a lively crowd, but energy is just one aspect of this awesome blend of sports bar and upscale venue. Being named after brewers, of course you have to try their list of craft beers. It's extensive and some of the best sourced craft beers in the city. I’ve yet to meet any of my beer snob friends complain and that’s saying something! To complete the triad of awesomeness, the food here is very very satisfying. Although the food isn’t anything out of the ordinary from other bars menus, the taste is. Hopsmith’s chefs really know how to make the ordinary wrap or steak sandwich and launch it into the stratosphere, out of this world.

This Division street hero is sure to be a winner if you’re around the Clark/Division L stop.

Five great spots for the Red line for you to check out. There are plenty of more bars along this route but since we cannot make them all, check out these five first. Let me know what you think in the comment section below!