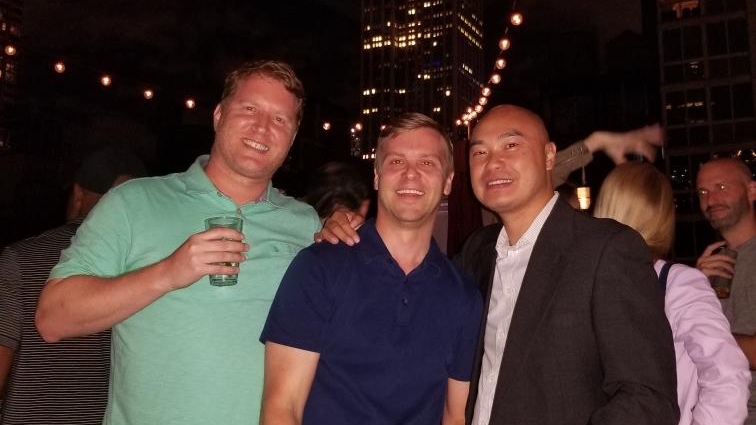 In my last blog, I wrote about why we changed our name to MPCEvents. Well the immediate result of that was when we did our first three events in New York City, August 22nd, 23rd and 24th. Let me tell you on my experience travelling to New York to do those three events.

First, you may ask why New York City. It seems an obvious choice and it is. New York is the largest city in the U.S. You have millions - 20 million approximately that live in NYC and the greater area. The immense number of people in theory dictates that there is also a large number of people that is interested in going to our events. But New York is not just the largest city in the U.S. but arguably the most social one too. Why do I say this? Well not too long ago, I was a New Yorker. First I explored NYC starting at the Murray Hill neighborhood of Manhattan. I eventually moved further north to the Spanish Harlem neighborhood. For two years, without a car, I walked (almost) every day and many times taking the subway at night. It was during these two years that my most formative adult years took shape. For people who wondered why I became a host, you can thank NYC for making who I am in this regard.

So, now that you undertsand why we expanded to NYC, let's talk about our first three events there. August 22nd, a Thursday was a networking event. We were at Brooklyneer, a cool, hip happy hour bar in West Village, Manhattan. Even though I have done probably over 400 events in my lifetime, I still get butterflies hosting, especially a first event in a new city. It's because I want it to succeed, not as much a business sense, but more so in an emotive sense, like enough people showing up and everyone having a good time.

So, how were the events? Thursday at Brooklyneer was great. About 25 people showed and stayed for three hours. Phone numbers were shared and profiles were friended. Whenever I see this it makes me happy. Because it means we did our job.

The next day Friday we had another social event, this time at Von bar in the Lower East Side. We had about 35 people showed up. Again lasted three hours. We had a good time and more people became friends. The only thing was I expected a slightly larger crowd because we had a lot more RSVPs. But I chalked it up to a Friday night where people were tired and waiting for Saturday to go out instead.

Saturday, we had the International Party at The Boogie Room. Boogie is an underground club in the Mondrian Park Avenue hotel. About 40 showed but again I expected more. Despite that people stayed for most of the event and had a good time. Many of our new members thanked me for starting something like this in NYC. Though there is a huge number of events in New York, many said most were not worth going or were created for the purpose of spamming. They came because they felt MPCEvents were authentic, real and positive. And they experienced exactly that.

So, three events, three days and three fun nights. Success. Yet I still had a feeling that I could have done so much more. I think it's because of my high expectations and the way New York is different from Chicago or anywhere else. In New York, it's a city that never sleeps but also people who have plenty of options. That's something I have to take into consideration as we do more events in the future in the Big Apple.

New York, thank you for welcoming me last month and in return I will come back with my arms, mind and heart open.